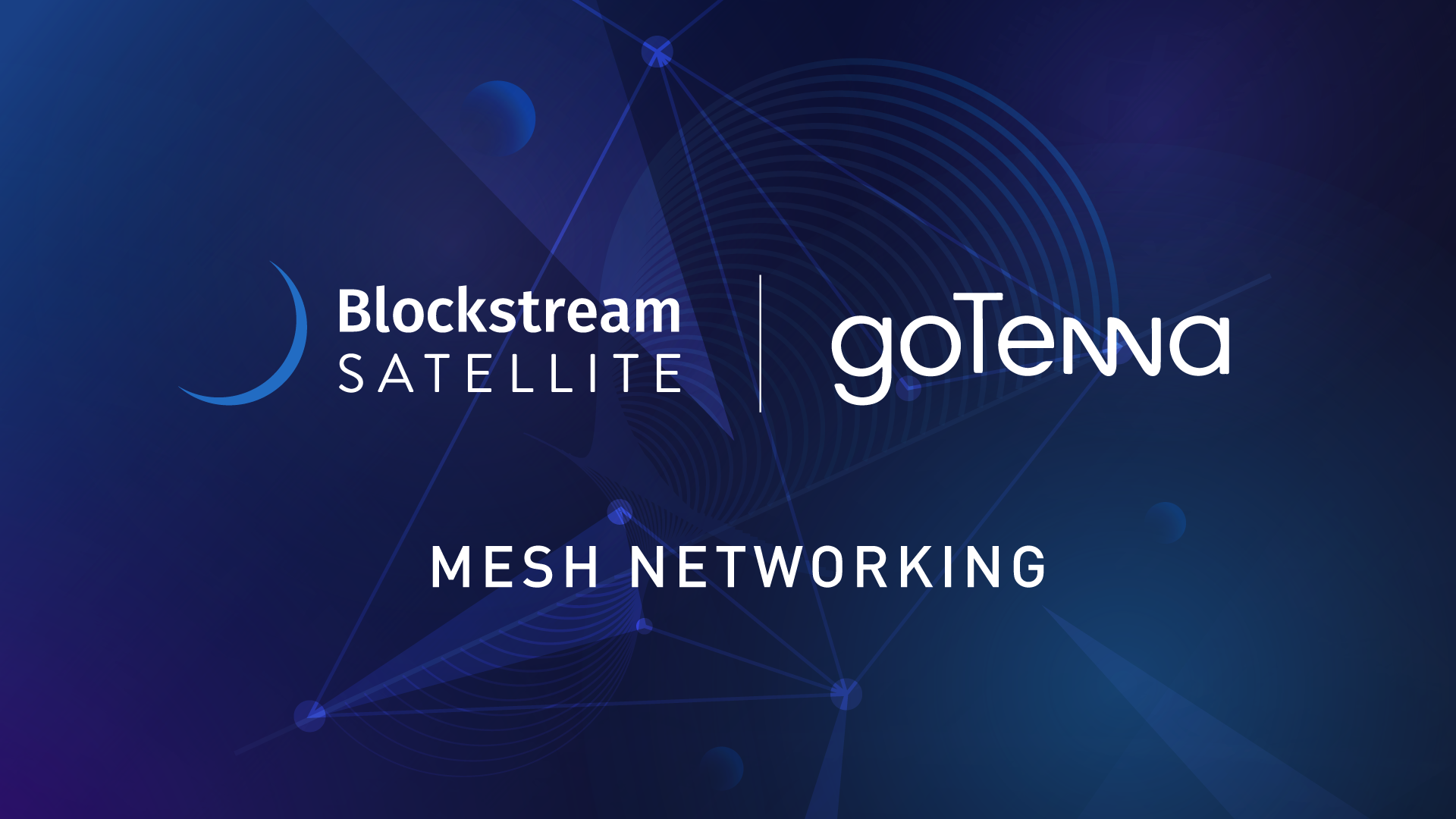 Today we’re excited to announce goTenna’s integration with Blockstream Satellite, a service that broadcasts the Bitcoin blockchain and user API data from space. This new integration will allow users to share Bitcoin transactions from a full node via a local mesh network, enabling a decentralized solution for communities to transact, regardless of network disruptions.

Thanks to the ubiquity of satellite TV dishes, users can discreetly receive Bitcoin data via Blockstream Satellite and run a full node, without ever needing to send a packet onto the internet. Now, with the goTenna integration, users can also share transactions peer-to-peer and take advantage of the inherent confidentiality provided by mesh networking, since no single centralized entity controls the network.

Even people in areas where the internet is cut off due to natural disasters, accidents, or other causes can receive encrypted data, messages from family, and other types of potentially crucial information via a single Blockstream Satellite device connected to a mesh network of goTennas. 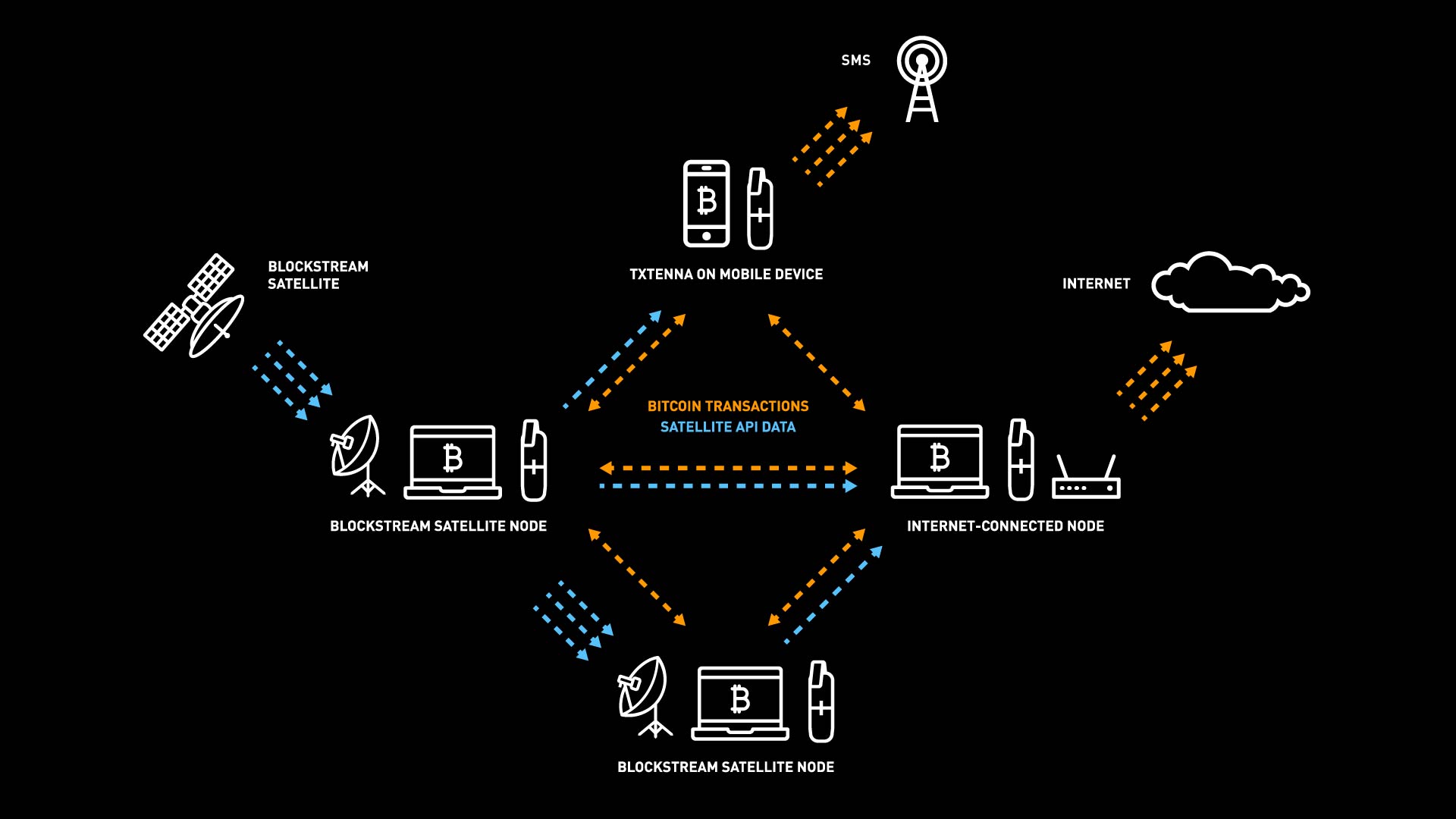 goTenna hardware communicates with a local Bitcoin node through the txtenna-python script, written by Richard Myers, Decentralised Application Engineer at goTenna. Using txtenna-python, users only need to obtain an SDK token and connect their goTenna Mesh hardware to their computer via USB to:

To get started relaying Bitcoin transactions and Satellite API data to your local area, a goTenna Mesh device and Blockstream Satellite receiver are required.