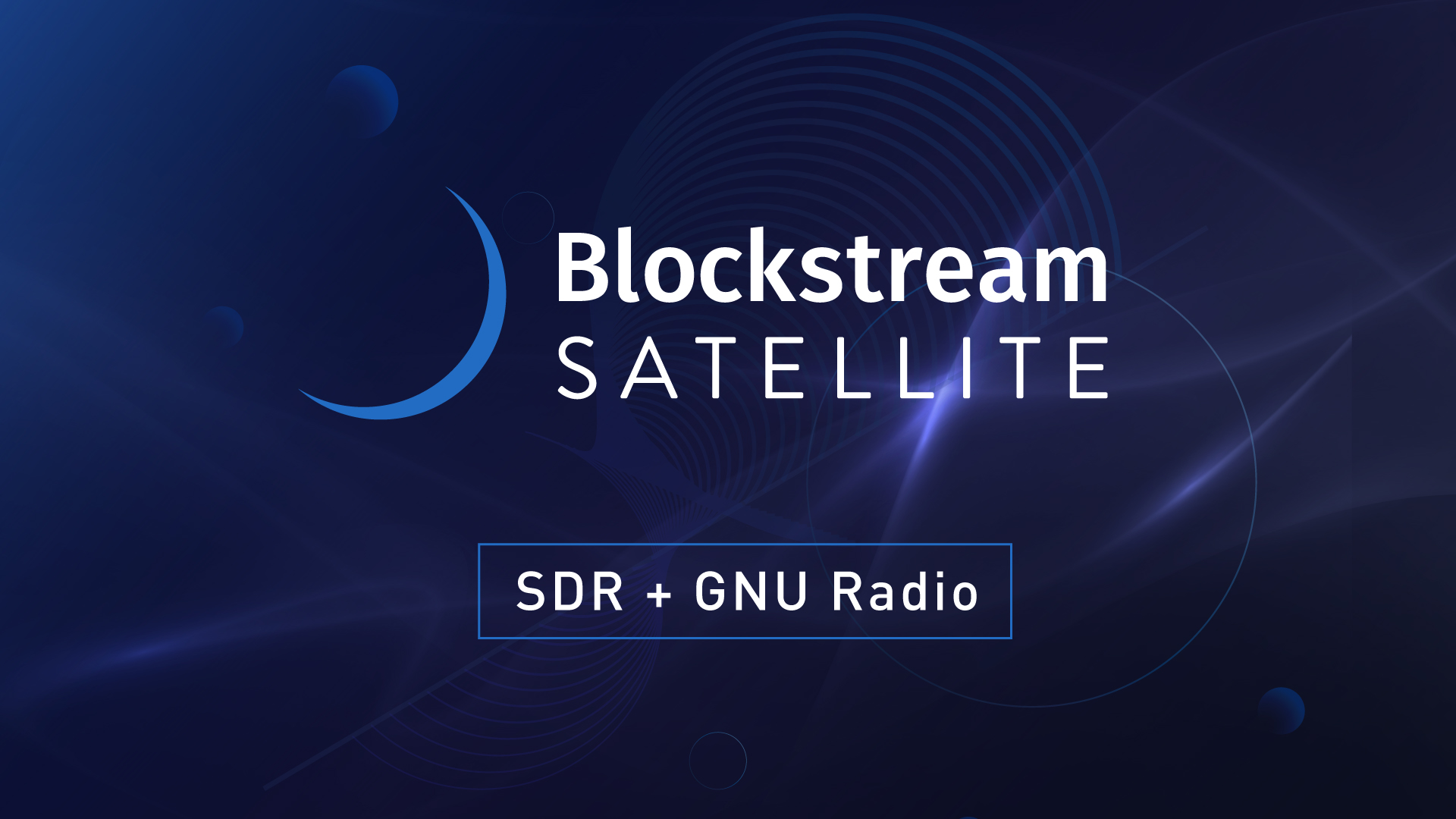 While Blockstream Satellite is intended to broaden participation in the Bitcoin network, the equipment normally required to receive data from space can pose some cost issues, which meant we had to get a little creative to reduce the amount of hardware required.

Who Needs Hardware When You Have Software?

One of the main ways that we keep costs down is through the use of Software-defined radio (SDR). Professional satellite equipment can cost into the thousands of dollars, and performs all signal processing on dedicated circuitry. By using SDR, these hardware processes are handled by software instead. All a user needs is a USB SDR dongle, which can be picked up for less than 25 dollars.

As radio signals such as those broadcast via Blockstream Satellite are analog, the first step is to convert these signals into digital information to be processed by the software running on a computer. The SDR interface performs this analog to digital conversion and feeds the data into the computer via the USB port. Processing is then handled in software on the host computer using GNU Radio, a programming system specialized for this purpose.

The signal-processing demands on a CPU are moderately heavy, with minimum specifications being a 2GHz 2-core Intel i5 or equivalent - possible with a previous generation laptop, NUC, or desktop - but still quite a bit higher than the minimum CPU requirements for running a full node.

The Benefits of Blockstream Satellite

While we’re here, it’s probably a good idea to remind readers of the major advantages of using Blockstream Satellite to run a Bitcoin full node:

As mentioned in the article above, the cost of Bitcoin network participation is a barrier to entry for many emerging markets users, who often have strong use cases for adopting Bitcoin (e.g. economic challenges and inflationary currencies).

Bitcoin full node bandwidth requirements can exceed 10GB/month, even with measures taken to minimise bandwidth, like disabling relaying, or running in blocks-only mode. This is already in excess of many ISP bandwidth caps and even if not, bandwidth can be more expensive in many emerging markets than in developed countries, putting participation in the Bitcoin network out of economic reach for many potential Bitcoin users.

As Blockstream Satellite data is broadcast and read-only, you obtain privacy as your ISP and other users on the Bitcoin P2P network are unable to discover you are using Bitcoin. You are protected from often unforeseen risks, such as attackers using full node IP addresses to geo-locate Bitcoin users’ homes and then physically targeting them for burglary and theft.

For individuals and businesses alike - being on the wrong side of a Bitcoin network split due to an internet disruption can be a serious security risk when accepting high value transactions in Bitcoin. Blockstream Satellite can act as a secondary independent connection, in addition to regular internet, to mitigate this risk.

There are a number of projects working on extending Bitcoin access in emerging markets and remote locations via wifi hotspots, mesh-networks, and LoRa, further reducing costs by sharing Blockstream Satellite access and an internet connection to send transactions to the network.

How to Set Up Your Own Satellite Node

To get connected to the Blockstream Satellite network, head to our GitHub for official instructions. Following that, you may also want to check out our colleague’s excellent guide on setting up his own Satellite node in North America. 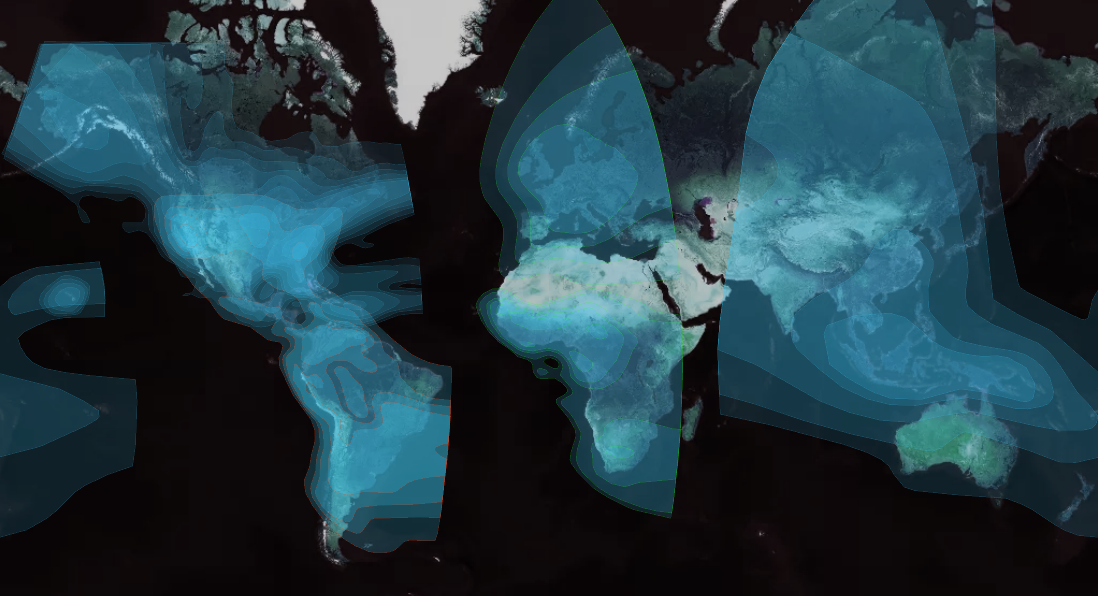 A map of Blockstream Satellite's global coverage
Share this article