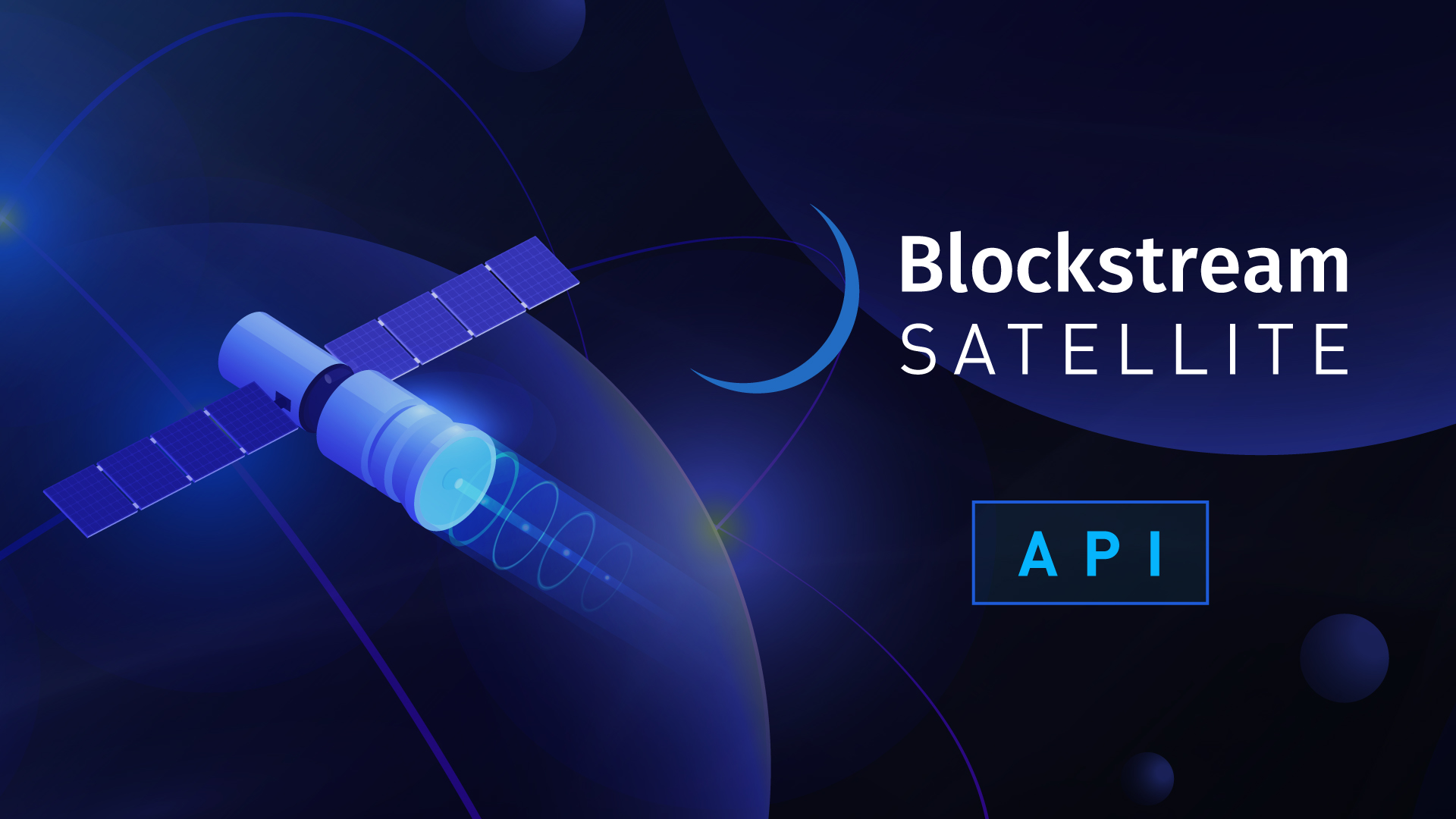 Following our reveal last month, today we announce the launch of the Blockstream Satellite API Beta, offering anyone the chance to broadcast data via our satellite network. Fees are paid using Lightning testnet (yes, that means free broadcasts!) and after a period of successful testing, the satellite API will switch to mainnet to become one of the world’s first bitcoin-powered satellite services!

What is the Blockstream Satellite API?

For non-developers, we’re also providing an easy-to-use portal to submit simple messages via the Blockstream website, with the same Lightning payment support.

Thanks to our Phase 2 expansion, messages can be received by the vast majority of the world’s population. All that is needed to receive a broadcast is a satellite dish (a TV satellite dish will suffice), a few low-cost components, and a computer. Broadcasts can be received anywhere with a line of sight to one of our four geosynchronous satellites, completely free of charge.

How Does It Work?

Presently, Blockstream Satellite is broadcast-only. The fee to send data is variable and broadcasts are prioritised by the amount paid per byte sent. In times of heavy traffic, this creates a fee market, similar to how transactions compete for inclusion in Bitcoin blocks. The maximum message size is limited to ensure that a message can be transmitted within ten seconds if it is submitted with the highest current bid per byte.

Blockstream Satellite features a number of important features that support varying levels of privacy for broadcasts:

If you’re a developer, check out our new technical documentation and example applications. The API implementation itself is available here.

For non-developers, get your message queued by submitting your data to the Blockstream API page and paying the fee via Lightning testnet.

The API service is currently in beta, so we’re really looking forward to your feedback. Don’t hesitate to let us know any changes or new features you’d like to see via Github.