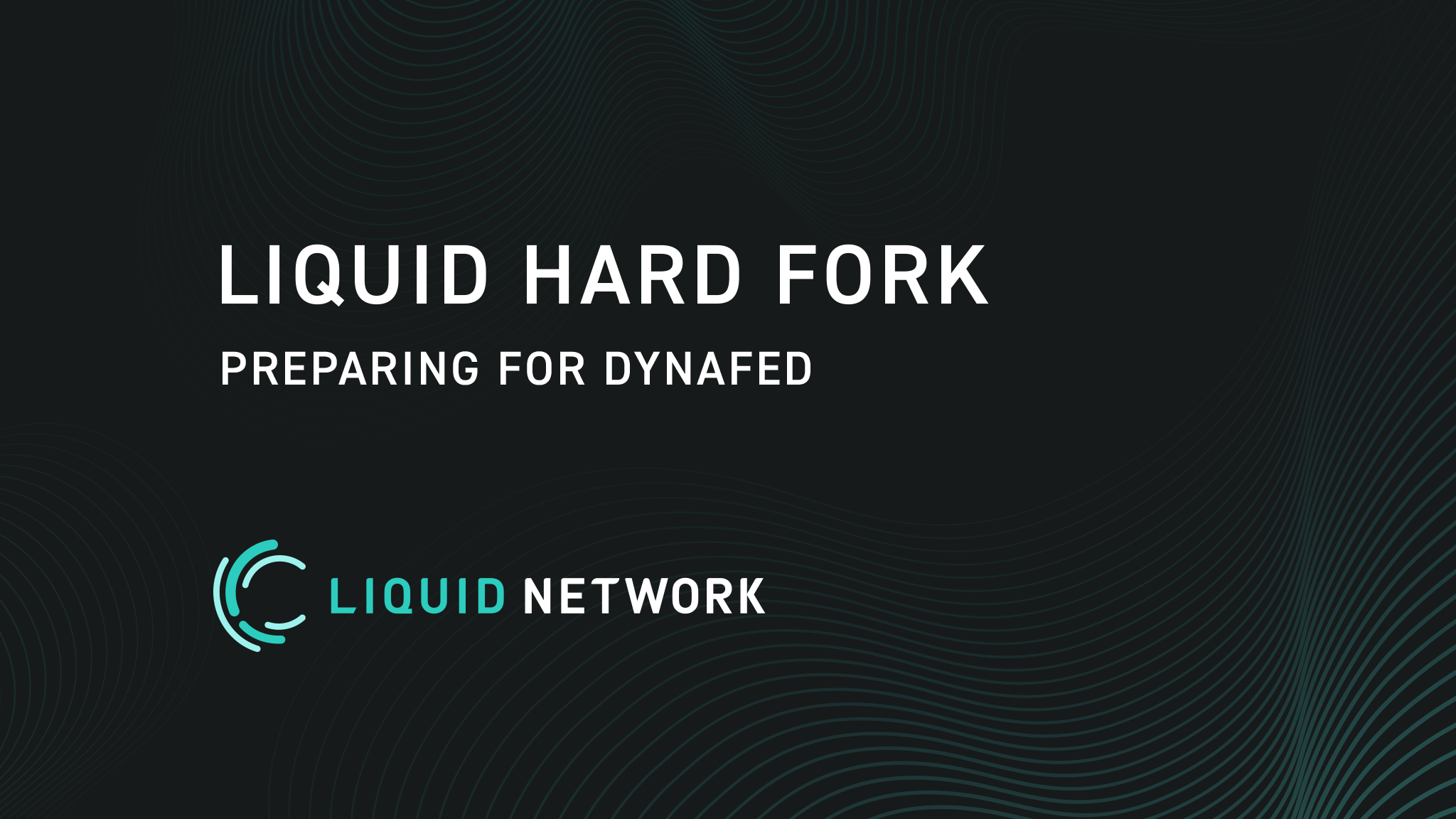 The engineering team at Blockstream has been hard at work preparing for the Liquid Network’s protocol upgrade, Dynamic Federations (DynaFed).

Ten of the 12 required functionaries are now signaling for a required hard fork, with the last two planned to signal on Monday, October 4, to initiate the upgrade. The hard fork allows for DynaFed to be proposed in blocks and lays the groundwork for its deployment in the near future.

Each epoch on the Liquid sidechain contains 144 blocks. For the hard fork to lock in, 75% of any given epoch or 108 of the 144 blocks must first signal for activation. Once locked in, there will be a 144 block grace period before the chain formally forks.

As a hard fork is not backward compatible with the original chain, users running a Liquid node will need to upgrade to Elements v0.18.1.11 or newer to avoid service disruption. Users that are accessing Liquid from Blockstream Green, AQUA, SideSwap, Marina, or CoinOS will not be impacted.

Users may also need to update services or apps with Liquid integrated, such as NBitcoin, BTCPayServer, or LiquidJS.

The block header for Liquid will also be getting an overhaul, so developers parsing blocks will need to update their code.

DynaFed will be the most extensive upgrade to the Liquid sidechain to date, introducing a range of improvements at the functionary level to further decentralization, enhance security, and improve network flexibility.

One of the key changes coming with the upgrade is the ability for the Federation to add and remove functionaries without affecting network operations. Currently limited to 15, increasing the number of functionaries will further promote decentralization and enable a more resilient sidechain.

See July’s progress report on Liquid.net for a more thorough breakdown of what DynaFed brings.

While the Liquid Network is formally operated by functionaries and members, anyone can participate in the network with a full Liquid node. Running a node allows users to take advantage of Liquid’s many benefits, including the ability to peg-in Liquid Bitcoin (L-BTC) and use Confidential Transactions.

For Bitcoiners interested in the Liquid Network and wanting to learn more about its benefits, we recommend joining the Liquid Telegram or visiting the official website.