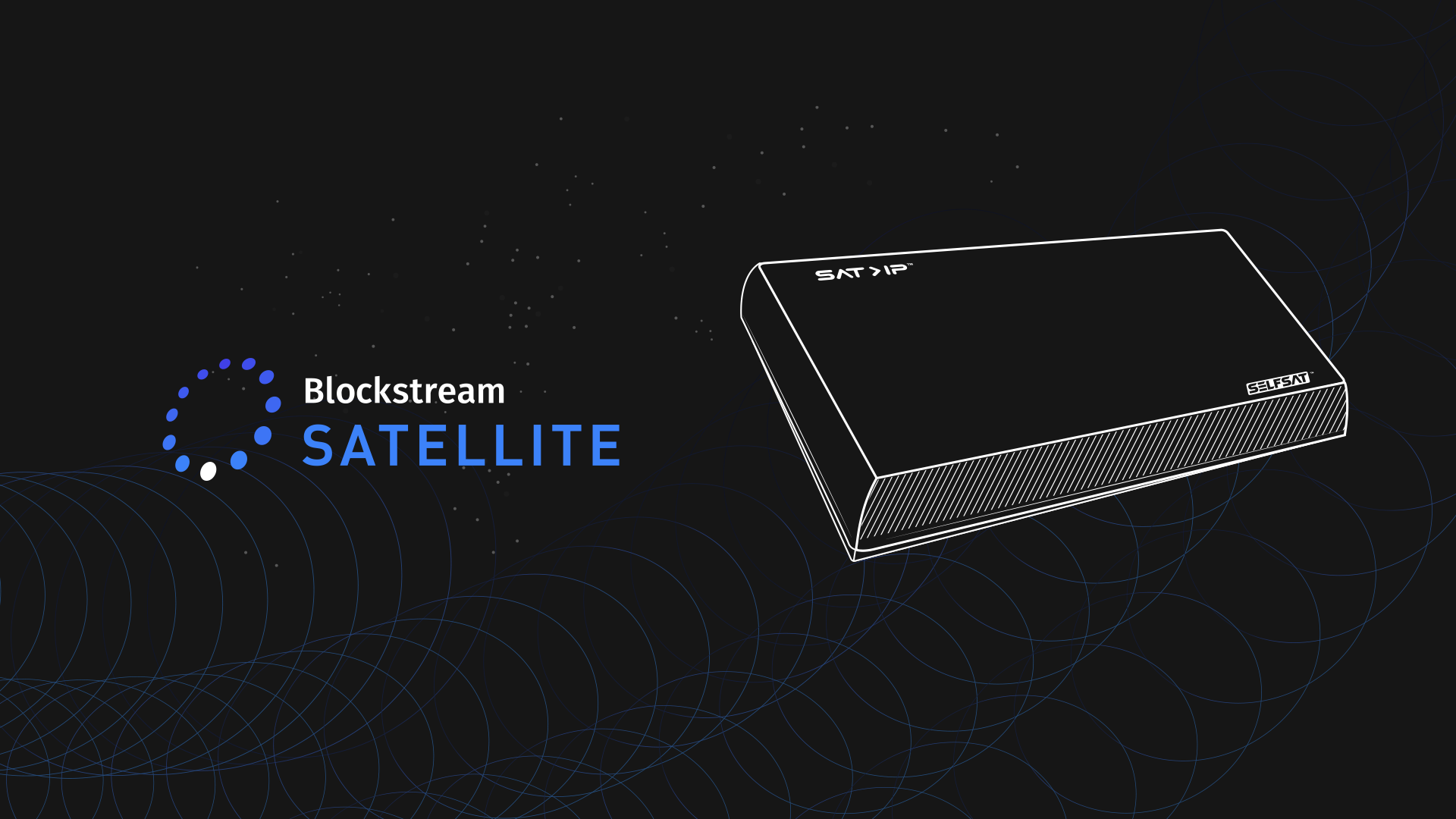 It’s now easier than ever to access the Bitcoin network from space with the Blockstream Satellite Base Station. The Base Station features an advanced, all-in-one antenna that enables users to run multiple Bitcoin nodes without internet access or any additional hardware.

Based on the SelfSat IP22 Sat>IP Antenna, the Base Station is ideal for bitcoiners who want a secondary connection to the Bitcoin network for redundancy (e.g., in case of a beaver attack), or a primary connection for increased privacy. It’s also useful for bitcoiners who live in emerging markets, remote locations, or who just want to ensure Satoshi’s dream lives on in a Mad Max future.

After installing and aligning the flat-panel antenna, there are no other devices to connect or set up, the base station connects directly to your home network using Power over Ethernet (PoE). The Base Station works with our satellite network in most parts of the world.

In addition to being more compact, the flat-panel antenna is also more powerful than a conventional dish antenna, with a 20-30% higher signal efficiency thanks to its non-reflected signal collection.

Constructed with anti-rust reinforced plastic and equipped with dual-polarization capability for added resiliency, the Base Station is sure to keep you downloading and verifying blocks regardless of how off the beaten path you may be (or during a zombie apocalypse).

Why use Blockstream Satellite to Run a Node

There are many benefits to running a Bitcoin full node, such as a higher degree of privacy and further decentralization of the Bitcoin network. However, there are also a unique set of advantages to running your node using the Blockstream Satellite.

The Base Station will replace the Blockstream Satellite Basic Kits and flat-panel antennas as our go-to receiver choice. Its minimalist design, simplified setup, and comprehensive satellite coverage will fit most Bitcoin users’ needs.

The Blockstream Satellite Pro Kit is back in stock and will still be available for:

For a further breakdown between the Base Station and Pro Kit options, see our Satellite Kit comparison.

For the Macgyver types, you can still build your own satellite receiver for just under $100 following our DIY guide.

The Blockstream Satellite Base Station is now available for preorder at our store for $499. The satellite kits often sell out fast, so be sure to order yours today.

We expect to start shipping the Base Station to customers by the end of May.

We didn’t need to assemble additional components (like with the Basic Kit and Pro Kit); therefore, the Base Station comes in the original SelfSat packaging.