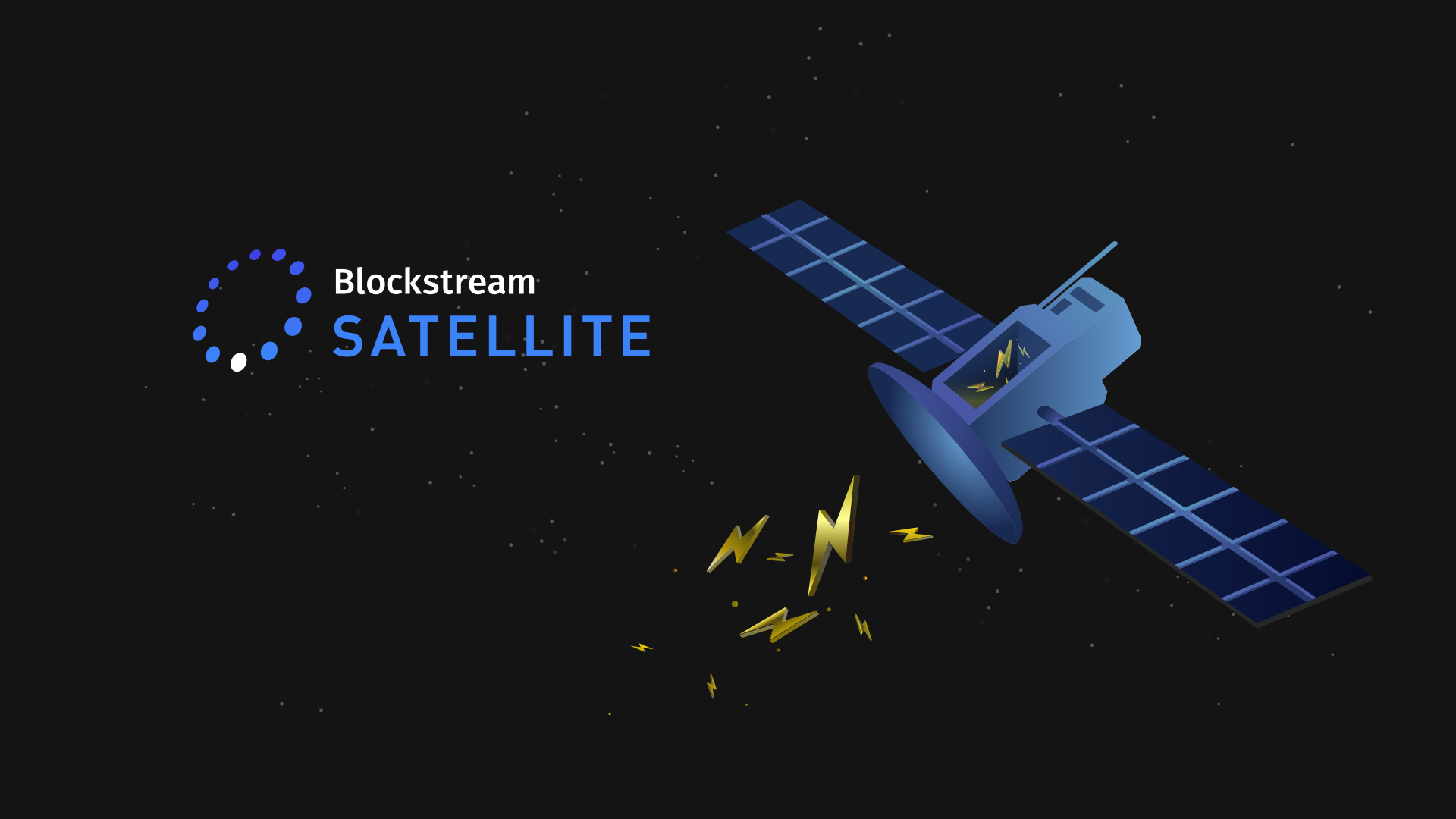 We’re excited to bring you new features and improvements to Blockstream Satellite, our service that broadcasts Bitcoin data and your own custom data (paid with Lightning micropayments!) via geosynchronous satellite. The new improvements include a price decrease for data broadcast over the Satellite API, new functionality for the blocksat-cli utility, and our new LNsync service broadcast.

Beaming data to space is now cheaper than ever

To put this in perspective, broadcasting a 1MB file would cost about 1,000 satoshis, or $0.31 USD at the time of writing. The new minimum opens up more use cases for the Satellite API that were previously priced out. The service is no longer only suitable for text-based messages; now it’s also feasible to broadcast audio, images, video, source code, and other types of data.

As part of the Blockstream Satellite updates, we’ve begun broadcasting our LNsync service which shares snapshots of the Lightning Network gossip data. The Lightning Network is a decentralized peer-to-peer network. Nodes in the network communicate payment routes to each other (called “gossiping”) to build a “map” of available routes, similar to a street map.

Nodes use this map of the Lightning Network to compute optimal routes for sending payments reliably. Now anyone with an operational Blockstream Satellite receiver can stay up to date with both the Bitcoin blockchain data and the Lightning gossip map.

We’ve made the Blockstream Satellite Utility (blocksat-cli) more featureful and easy to use. Due to their popularity, former example Satellite API scripts used for broadcasting and receiving basic text messages have been improved and built into the blocksat-cli utility itself.

Blocksat-cli also now supports running apps on your local computer if someone sends you an encrypted message. We look forward to creative ways you might use this functionality!

Additional blocksat-cli updates and features include:

Check out the full changelog for more details on all the new updates.