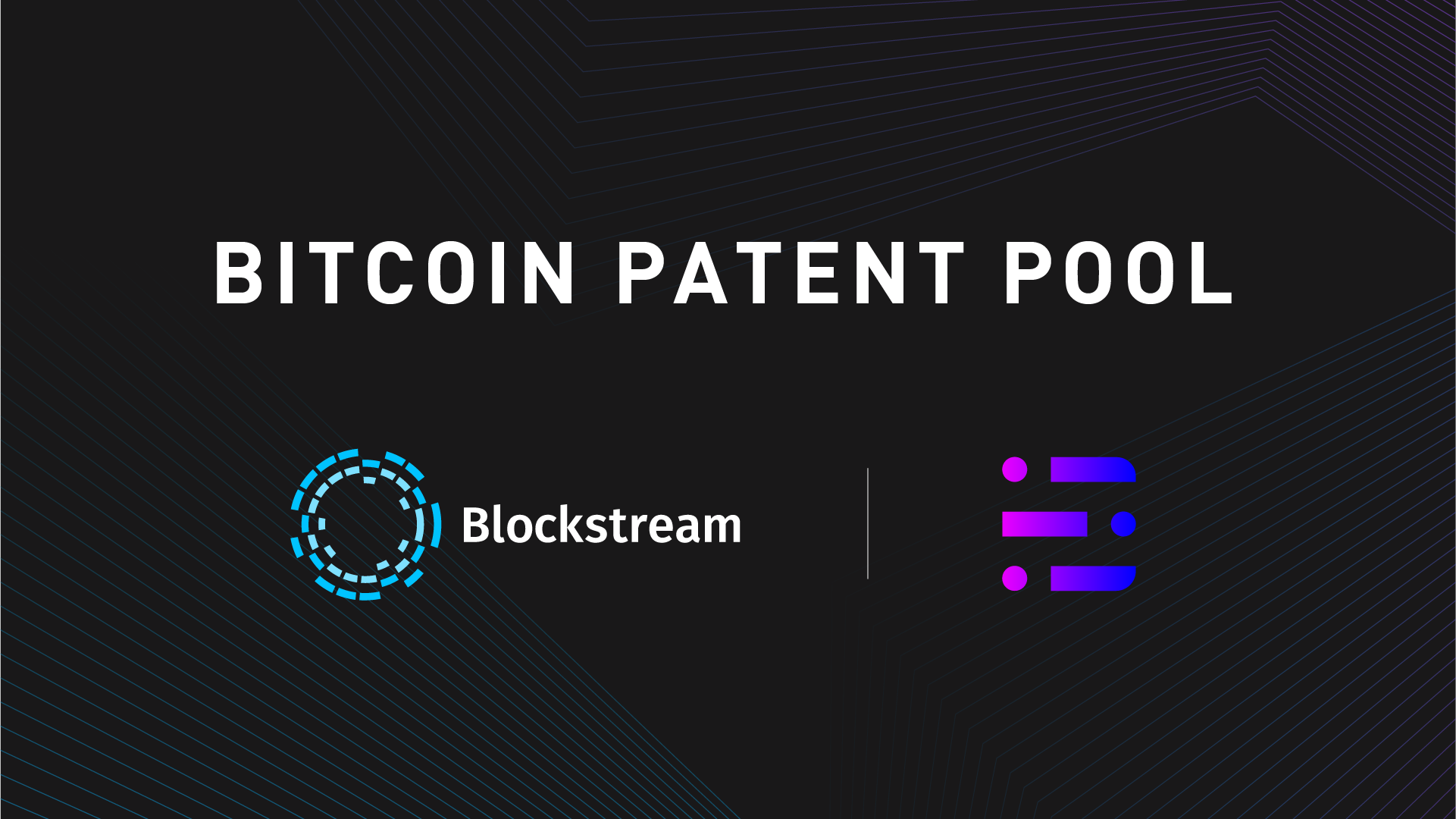 Bitcoin is increasingly under threat from a growing body of patents collected by companies inside and outside of the Bitcoin industry. If some of these entities start to use their patent portfolios offensively, development on Bitcoin-related applications could become very precarious.

Back in 2016, we established our defensive patent strategy in the form of our Patent Pledge. Patents were an issue even prior to Bitcoin, where the adoption of various cryptographic technologies was stifled because of patent lockups—we wanted to do our part to ensure the same didn’t happen with Bitcoin. As an example, the Schnorr signature patent expired only in February 2008 and was the reason Bitcoin and other protocols used the less efficient ECDSA.

Taking our defensive patent strategy one step further, today we’re joining forces with Square Crypto in the Cryptocurrency Open Patent Alliance (COPA), announced yesterday. We’ll be committing all of our existing patents to COPA and will be interested to participate with the nine-seat board.

COPA is an initiative that establishes a library of cryptocurrency technology patents that can be used for defensive purposes by all its members.

Whether you’re an individual or a company, and whether you have a lot of patents or none at all, anyone can join COPA. The only conditions for joining are that each member commits to:

Our patents from the existing Blockstream defensive patent scheme, some of which are already utilized in the Liquid Network, will be added to the COPA shared patent pool:

Bitcoin was founded on the principles of open finance and permissionless innovation. With COPA in place, Bitcoin startups and engineers will be able to get on with their important work with the peace of mind that other members have their backs when it comes to patents.

There’s no time for Bitcoin’s progress to be held up by patent trolls. Welcome to open innovation.

The more people and businesses join COPA, the stronger the Bitcoin ecosystem will be. If you’d like to learn more about becoming a member, complete the form available at the official COPA website. We hope you’ll join us in keeping Bitcoin development open and free!