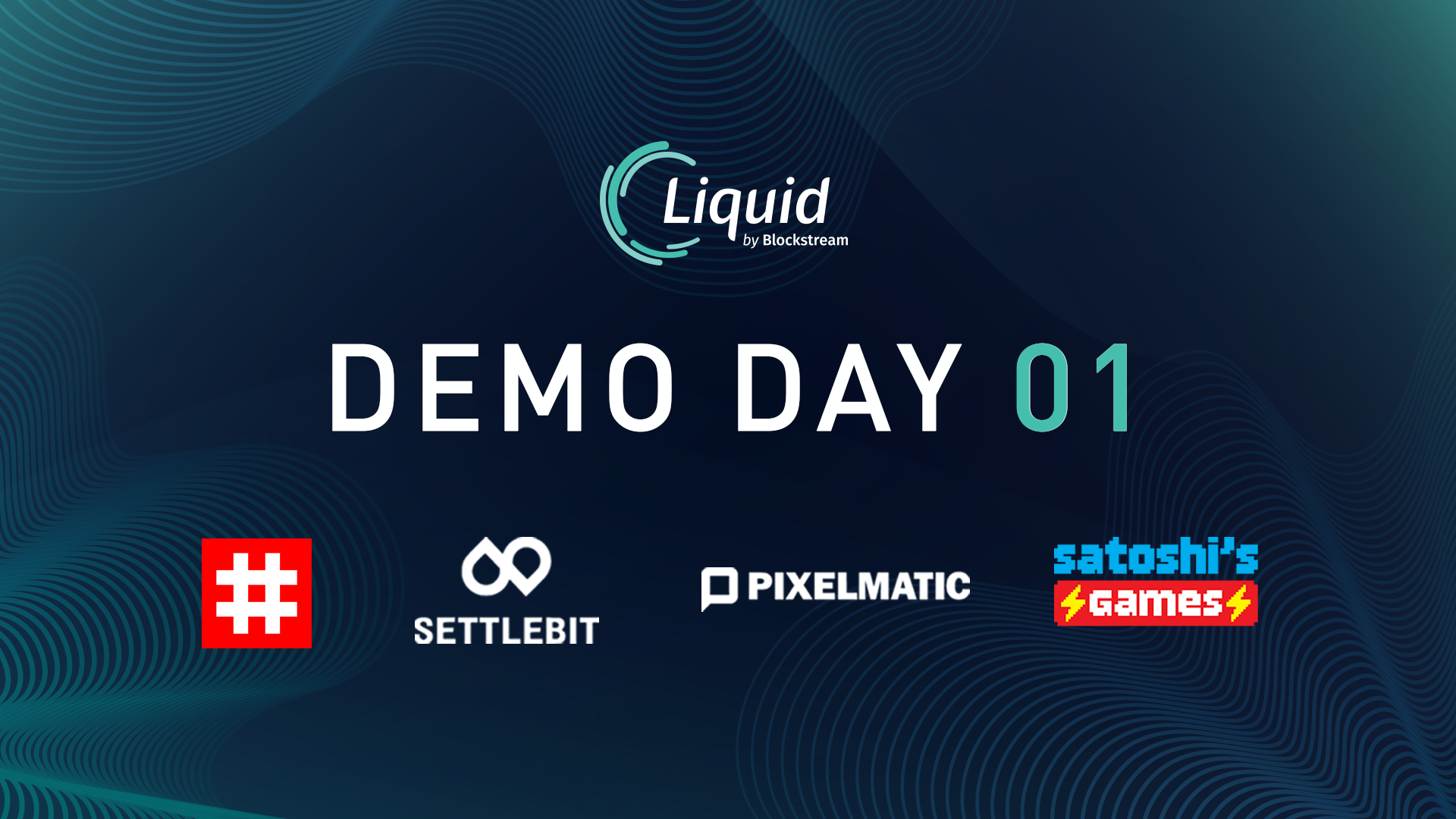 Today we’re revealing the launch of the Liquid Ventures Initiative, along with a report on our first Liquid Demo Day completed at the end of last week, with Condensat Technologies, Pixelmatic, SettleBit, and Satoshi’s Games all presenting.

If you’re an entrepreneur and would like to get involved in our next Liquid Demo Day, see the end of the article for more details.

The Liquid Ventures Initiative was started to help grow the Liquid Network’s grassroots ecosystem, connecting promising Liquid projects with Bitcoin-focused investors that are interested in getting involved in the industry’s leading sidechain.

Any startups selected to be involved in a Liquid Demo Day will be provided with technical support and operational guidance from the Blockstream team, before getting a chance to pitch their project to investors alongside other startups in the program. Liquid Demo Days will be held on a quarterly basis.

Our first demo day was held over video conference on the 18th of May, with attendees from Hong Kong, Israel, Japan, US, Spain, and Switzerland.

The involved startups in this batch included:

A game studio building the triple-A massively-multiplayer video game Infinite Fleet. Pixelmatic is using Liquid to issue both a portable in-game currency and a security token that will be registered with the SEC (US) and CSSF Luxembourg (EU), giving equity rights to token holders.

Building a standardized settlement network across digital asset custodians. SettleBit uses the Liquid Network to process fast settlements across SettleBit’s network of custodians. Liquid’s Confidential Transactions and atomic swaps are key features to achieve the security and trust-minimization required by their partners.

Satoshi’s Games develops games with Bitcoin-based rewards and assets (such as the upcoming Light Nite) and a publishing platform for new games interested in adding the same Bitcoin features. Satoshi’s Games is using Liquid to tokenize in-game skins, enabling users to withdraw and trade them with other users, as well as verify their scarcity.

Get Involved in Liquid Ventures

If you’re an entrepreneur or developer and would like to be involved in our next Liquid Demo Day (tentatively scheduled for 10th August 2020), we’re already accepting applications for Batch Two.

If you’re a VC or angel investor and would like to get connected with promising startups working on the Liquid Network, let us know your details and one of our team will be in touch as soon as possible.