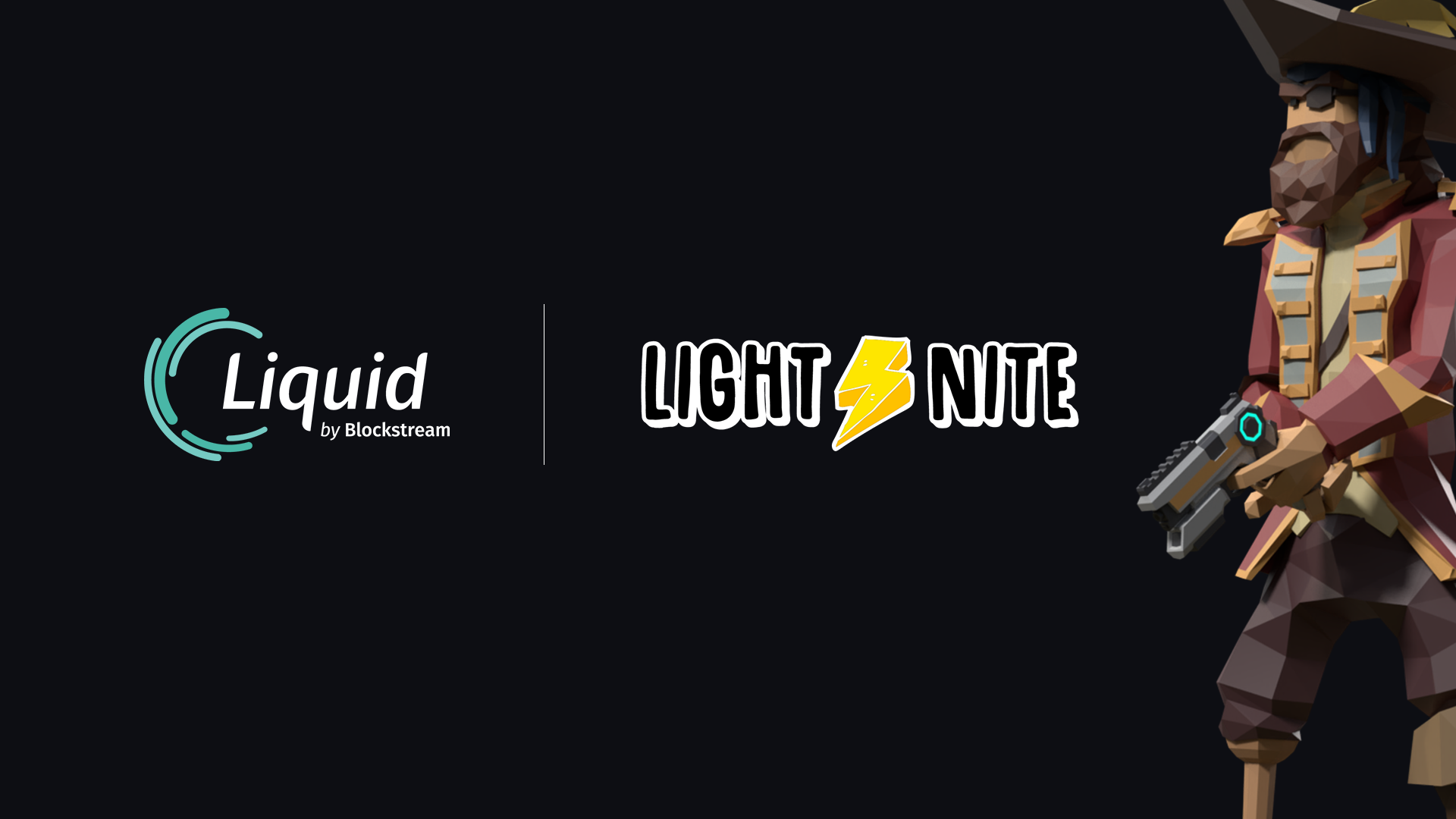 We’re excited to share that Light Nite, the upcoming multiplayer battle royale game, has utilized the Liquid Network for issuing non-fungible tokens (NFTs) for their in-game items! Check out the Light Nite Explorer (based on Blockstream’s Esplora) to see their assets in action on the sidechain.

Normally, a gamer’s assets, such as clothing and weapon skins, are not only stuck in the same game but also stuck in a single account after acquiring them. Now with Liquid, assets can not only be exportable but also freely tradeable.

To celebrate, we’ll be running a Liquid asset giveaway in collaboration with Lite Night at Consensus Distributed, read below for more!

How the Tokens Work

Light Nite players will receive a unique Liquid token in their account for every skin they purchase or earn in-game. These tokens can then be withdrawn to the player’s own Blockstream Green wallet (iOS, Android, and soon, desktop!) for safekeeping, or to trade with other players.

After receiving a Light Nite token outside of the game, a player can deposit the token in their Light Nite account to receive the associated skin for use with their character in-game. A purchased copy of the Light Nite game is required to access the Light Nite store.

Depositing a skin token on the Light Nite store

Issuances of each token are public, so players can verify the scarcity of their skins for themselves. Sending and receiving tokens, on the other hand, is kept confidential—asset types and amounts are hidden on the Liquid sidechain through Confidential Transactions.

The Liquid Network is based on the Bitcoin codebase, so the tokens operate in a very similar manner and can be secured with Bitcoin-style multisig and timelocks.

At Consensus: Distributed, we will be running a Liquid asset giveaway in collaboration with Light Nite, which will have both Blockstream Store vouchers and Light Nite tokens up for grabs.

The giveaway session starts on Tuesday, May 12th, 12:30 PM EDT (a few hours away!), including an intro to sidechains and the Liquid Network with Blockstream CSO Samson Mow and VP of Product Management Allen Piscitello. Anyone interested in participating should sign up to the Consensus: Distributed event now and be ready to catch our segment!

The first 600 draws will be randomly selected from the following assets:

If you miss the first 600 draws, don’t worry. We’ll have stacks of Lite Night Scout Bag tokens available for anyone that submits draw requests after the event.

This is a great chance to get hands-on with the Liquid Network’s sidechain technology. We hope to see you at the session, and good luck!