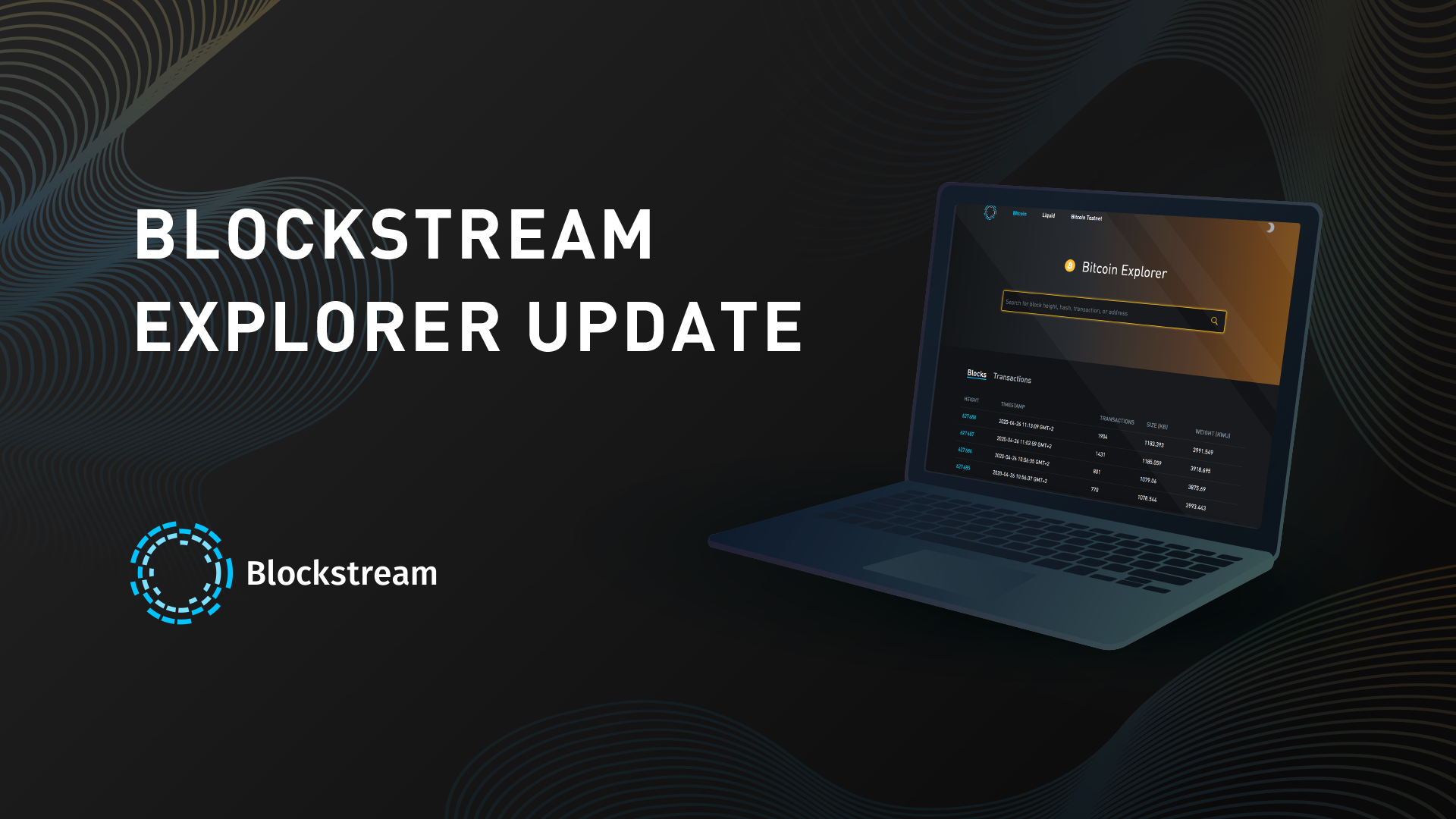 Blockstream Explorer is now better than ever thanks to a new set of updates for the free and open-source Esplora backend that powers it. Using our explorer, anyone can search through historical Bitcoin, Liquid Network, and Bitcoin testnet transaction data. It’s also possible to run a self-hosted Esplora instance and launch your own feature-filled blockchain explorer (e.g. Bitcoin Magazine).

Light Mode is Back

Running Esplora becomes less resource-intensive with the return of light mode. Using light mode saves around 270 gigabytes of storage space, bringing the total storage required down from about 595 GB to a more reasonable 325 GB. It does this by using your existing Bitcoin node to look up transactions and blocks instead of using RocksDB.

Using your Bitcoin node has one disadvantage: it’s slightly slower than a fully indexed Electrs—but this tradeoff is worth it for many resource-constrained users.

Running a c-lightning node in this way drastically reduces the resource requirements so that lower-end hardware or virtual private servers can run a Lightning node. However, it should be noted that using Blockstream Explorer as a source of blockchain data introduces trust in running a Lightning node.

Along with the API raw block hash endpoint, we’ve added some other new useful endpoints for Bitcoin and the Liquid Network that can be found here along with all of the other existing API endpoints.

Now all of the peg activity occurring on Liquid is on one page for easy searching. Individual peg-in and peg-out transactions can be found on this page as well as the total circulating L-BTC, total L-BTC in peg-outs, total number of peg activity transactions, and more. Another example of a self-hosted Esplora instance is the Liquid Network block explorer and mempool vizualizer built by Wiz and @softsimon. View its peg activity page here.

We’ve also included some new GUI additions to Blockstream Explorer (also available to those running their own Esplora instances).

Start Building With The API