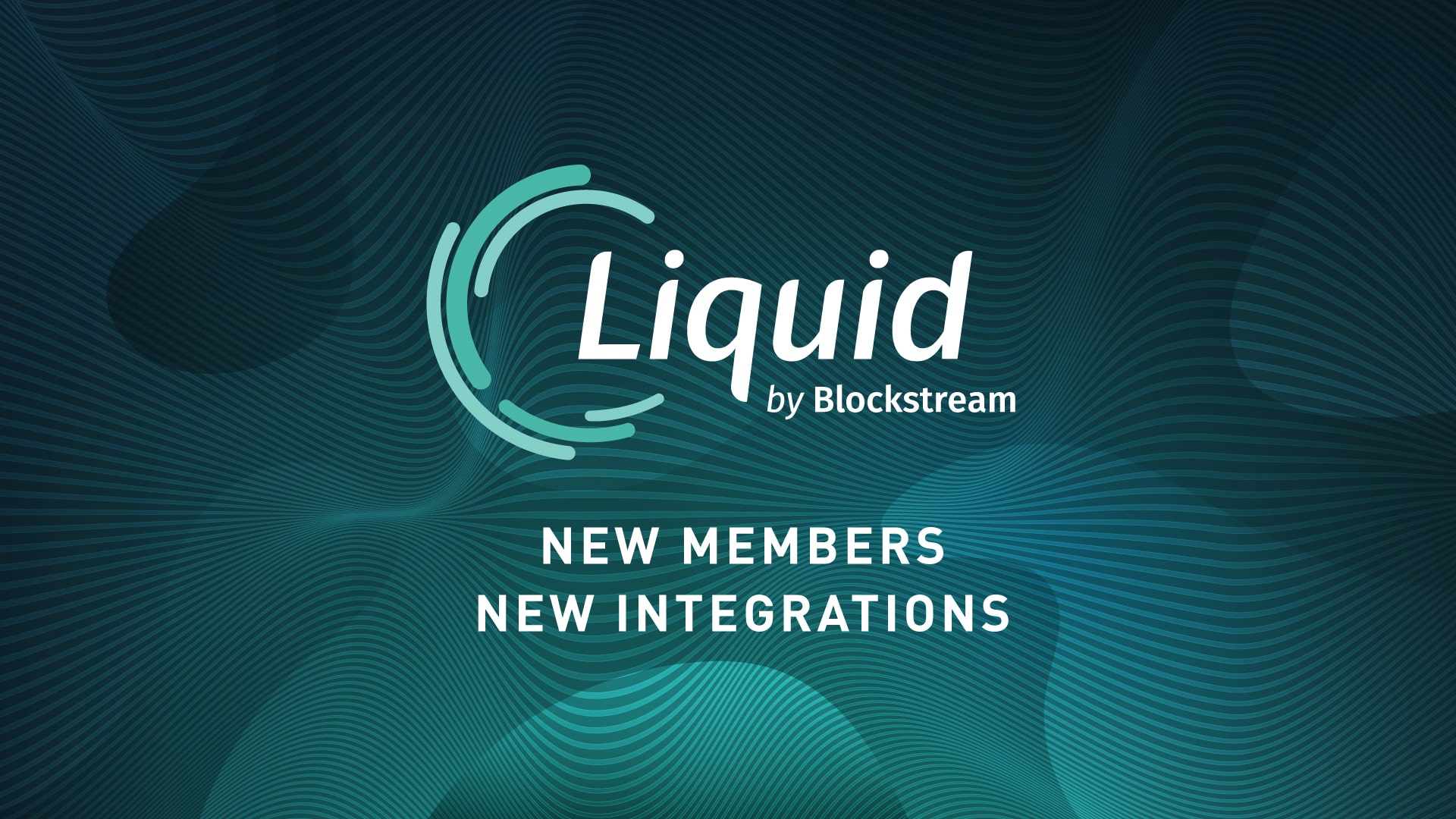 In addition to the new members, leading Bitcoin exchange Bitfinex and digital asset lending management platform RenrenBit have gone live with Liquid integrations, and join The Rock Trading in offering Liquid Bitcoin (L-BTC) deposits and withdrawals to their customers.

“Issuing bitcoin, stablecoins, and various other digital assets under one blockchain platform makes a lot of sense. It reduces the integration burden for an exchange like ourselves, and traders can manage all their assets from a single wallet application.” - Paolo Ardoino, CTO of Bitfinex

New Integrations on the Way

More integrations have also been announced to go live over the next few weeks:

The expansion of Liquid integrations has some major implications for the cryptocurrency market:

“The Blockstream team has done some fantastic work with Liquid, and it was a natural decision for Huobi to become one of the first members on the network. We expect Liquid to play an important role in establishing international standards in the exchange industry.” - Robin Zhu, COO of Huobi Group

Get Started on Liquid Today

Users wishing to begin testing the Liquid Network can acquire L-BTC now from Bitfinex, Sideshift AI, or The Rock Trading, and can manage their Liquid assets with the Liquid Core desktop app.

We’d love to hear from Liquid users, so make sure you send us some feedback via email or send us a Tweet!

We’ll also have some more exciting Liquid-related announcements during Blockchain Week. Send us an email if you’d like to meet in person!