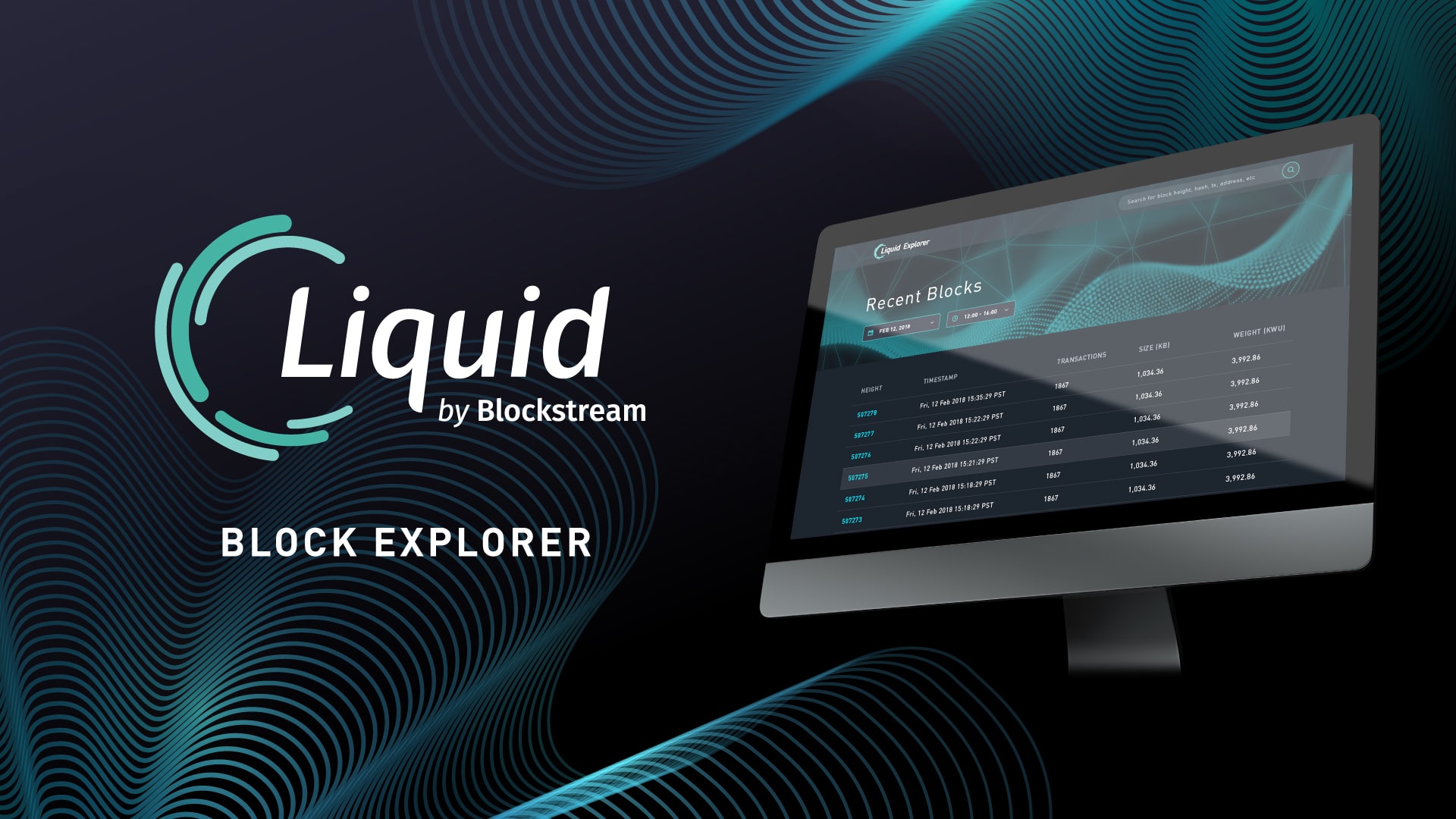 Liquid’s multi-asset settlement network links together cryptocurrency exchanges, brokers, and institutions around the world, enabling the rapid, confidential, and secure transfer of digital assets between participants. Liquid Network members are already busy working on integrating ahead of Liquid’s live launch.

Blockstream is releasing a set of tools that Liquid members can use with their integration and testing efforts. The first tool released will be the Liquid Block Explorer: a website to visually examine Liquid’s blockchain data and cross-check transactions. 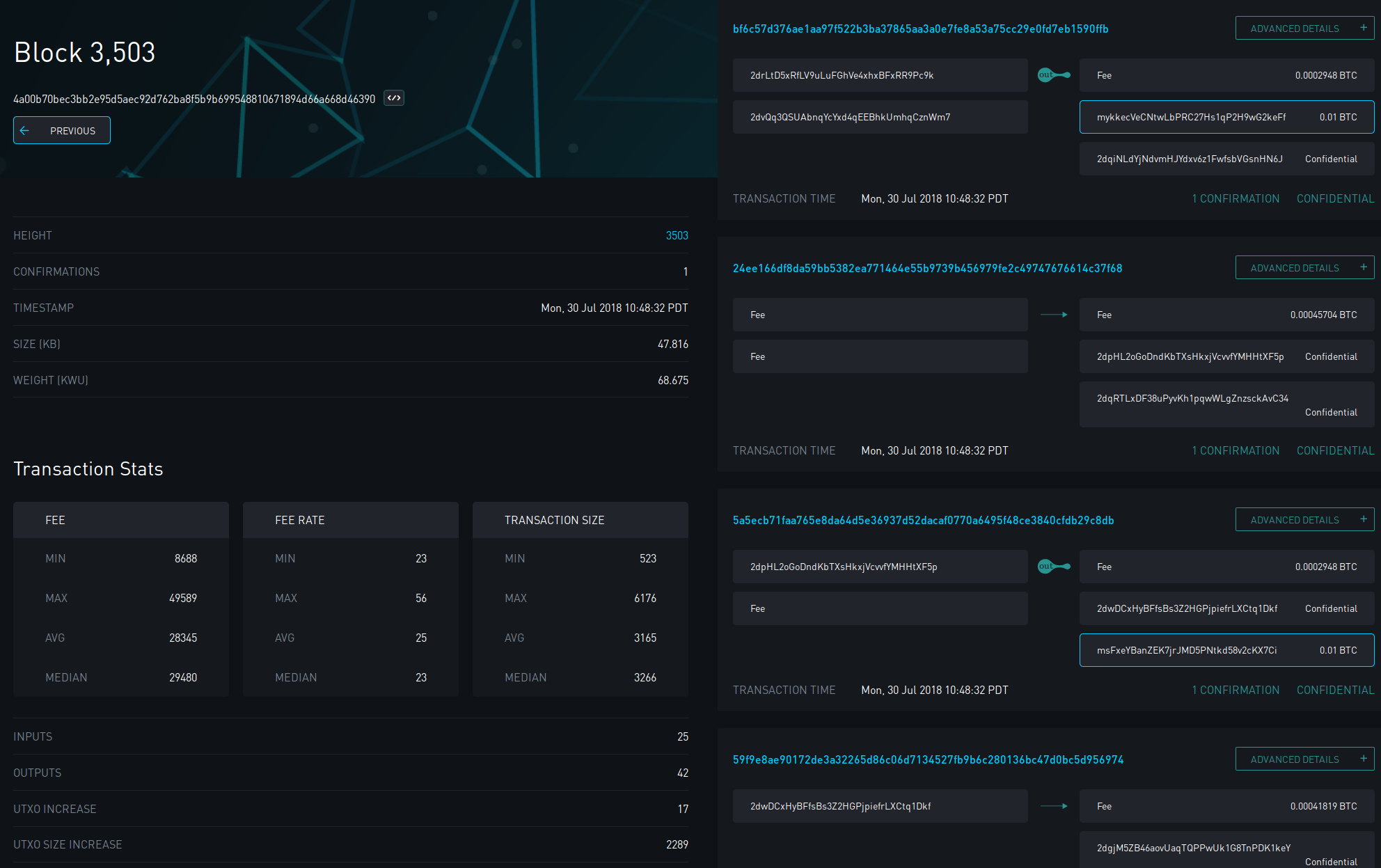 In order to transact on the network, Bitcoins must be first pegged into the Liquid Network. The depositor first generates a Bitcoin address in their Liquid Wallet; this enables them to make a funding deposit and create a peg-in claim transaction within Liquid. The peg-in claim transaction is used on the Liquid Network by the depositor to claim their deposited Bitcoin, which assigns them to their Liquid wallet. This transaction will then be visible in the Liquid Explorer after searching for the appropriate Liquid Transaction ID (TXID).

In the following image, you can see that the Liquid Block Explorer shows: 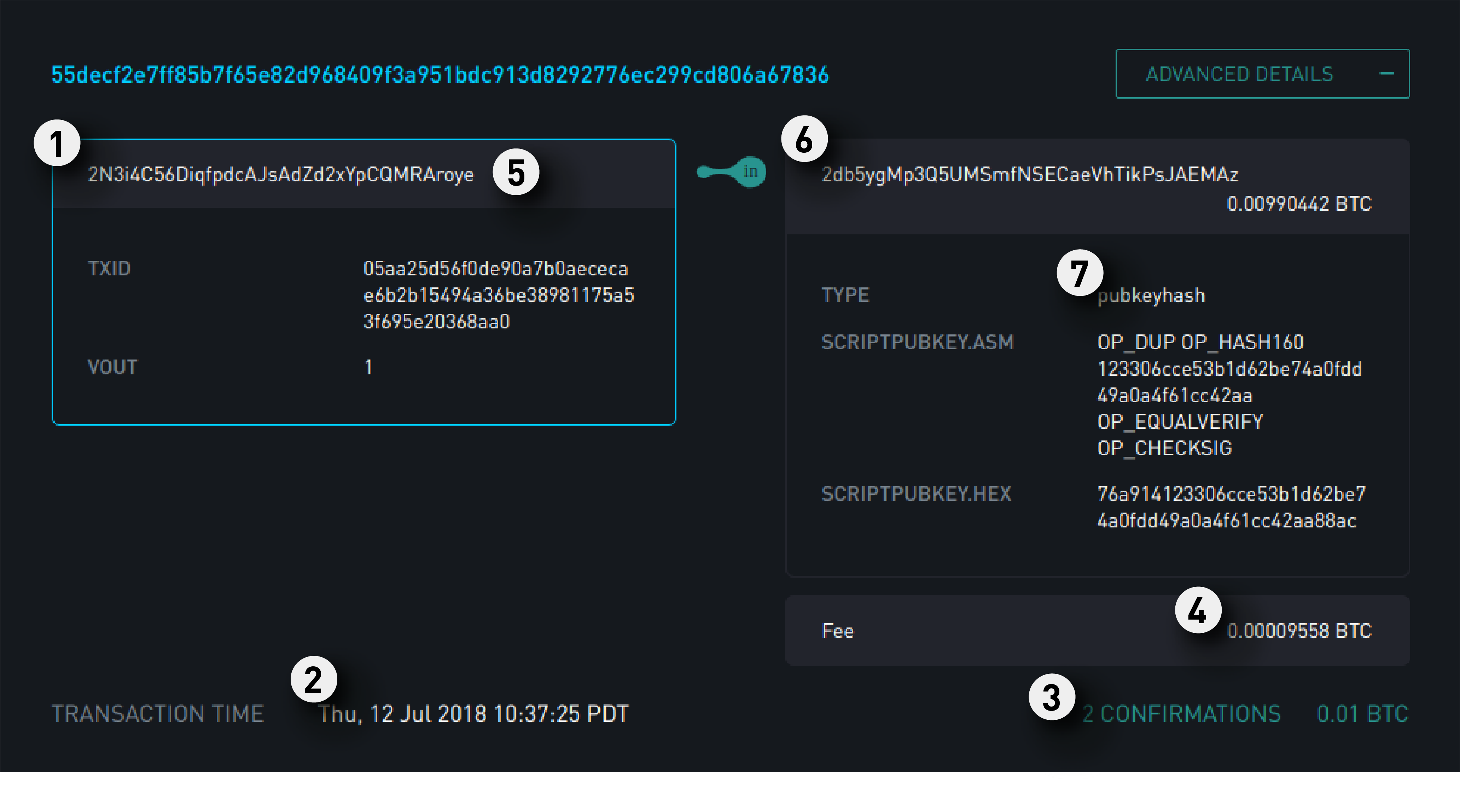 L-BTC can then be sent as a transaction broadcast on the Liquid network. For full security, the users should use their own Liquid full node to validate that the transaction has been processed successfully.

The Liquid Block Explorer can also be used as a support tool for troubleshooting issues or transaction monitoring. If a transaction is sent but is not seen inside a wallet, the tool can be used to identify if the problem originates with the sender or the receiver.

Liquid uses Confidential Assets, whereby amounts and asset types are private and known only to the transacting parties. If any other Liquid users search for the transaction, they will be unable to draw any meaningful information about the amount or asset type transacted, as these fields are cryptographically blinded, as can be seen in the image below. They will still be able to verify that the transaction has been confirmed in a block, and view other properties, such as the fee paid. The receiver of the transaction is able to determine the amounts and types of assets transacted as they have access to the blinding key. The blinding key can also be shared with third parties, such as auditors, without revealing data to the other users of the network.

When someone chooses to move L-BTC funds back to the Bitcoin blockchain:

Access to the Liquid Block Explorer will be released to Liquid members in the coming weeks, prior to a general public release.

If your organization is interested in learning more about the Liquid Network, please contact us at liquid@blockstream.com.