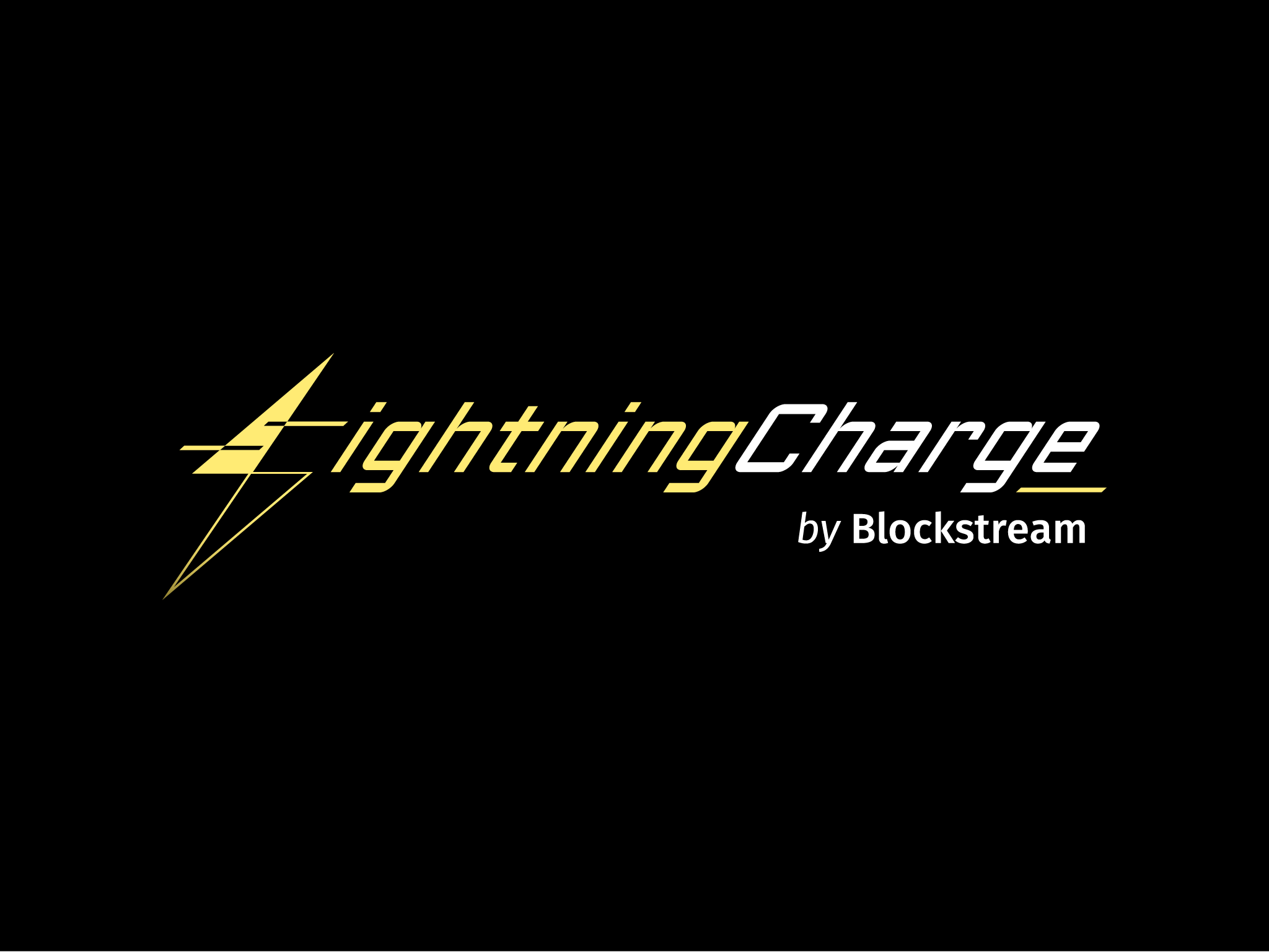 Blockstream’s implementation of the Lightning spec, c-lightning, focuses on the needs of the developers who will be creating Lightning-powered Bitcoin applications for these users. Though c-lightning is a low-level technology designed to implement the Lightning spec without added complexity, the true power of such an implementation can be unlocked by developer tools. We’ve seen the hard work required to integrate with credit card companies and with existing online payment systems, and we want to make it easier than ever to accept payments through Lightning.

To meet this need, we’re delighted to introduce Lightning Charge to the Elements Project. This complementary package for c-lightning, designed by independent developer Nadav Ivgi working with Blockstream, makes it simple to build apps on top of Lightning.

Lightning Charge is a micropayment processing system written in node.js. It exposes the functionality of c-lightning through its REST API, which can be accessed through JavaScript and PHP libraries, both of which have also been released through the Elements Project. Web developers will be able to work with c-lightning through their normal programming techniques, and they’ll also get expanded functionality such as currency conversion, invoice metadata, streaming payment updates, and webhooks. Together, these additions make it easy for developers to use c-lightning to create their own, independent web-payment infrastructures. 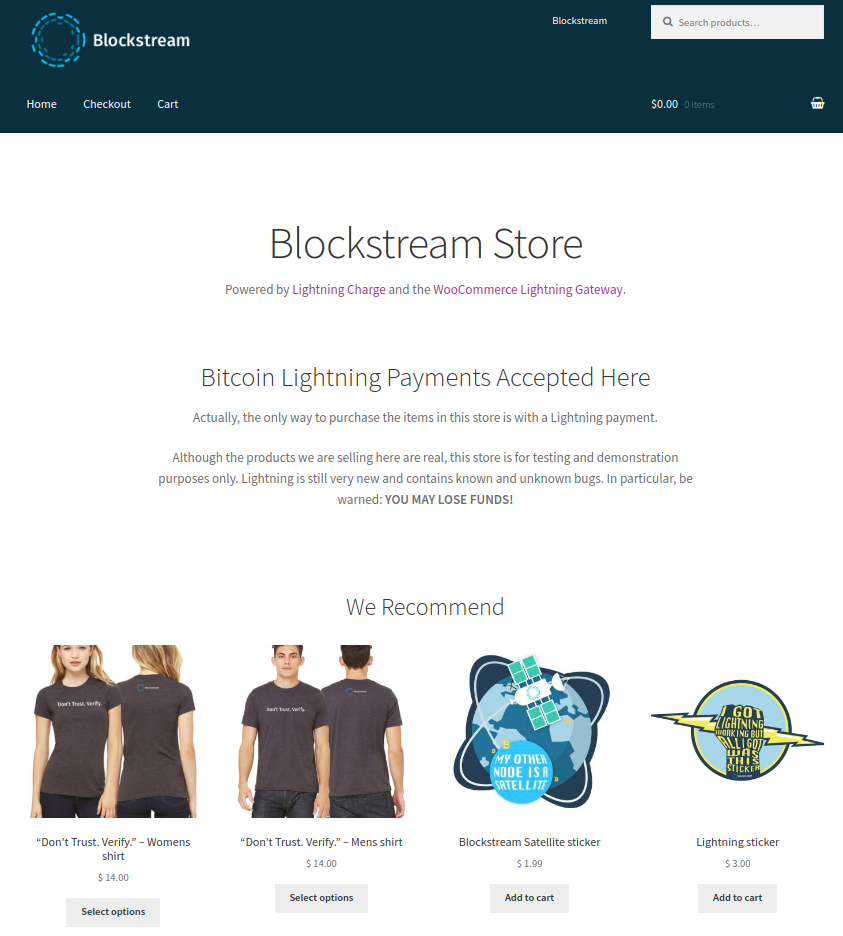 The power of Lightning Charge isn’t just theoretical; it’s already powering the Blockstream Store, a working e-commerce site that we are launching today. The Blockstream Store allows you to use Lightning payments on the Bitcoin mainnet to make small purchases of stickers and t-shirts. By offering an early demonstration of this cutting-edge technology, we hope to bring Lightning to life with real-world functionality, providing a way for you to test Lightning and become a part of the micropayment revolution. However, the entire Lightning Network is still in a testing stage, with both known and unknown bugs, so you should use the Store with care, at your own risk.

The Blockstream Store is built on WordPress and WooCommerce and connects with Lightning Charge and c-lightning through a WooCommerce Lightning Gateway, which we are also releasing today as part of the Elements Project. 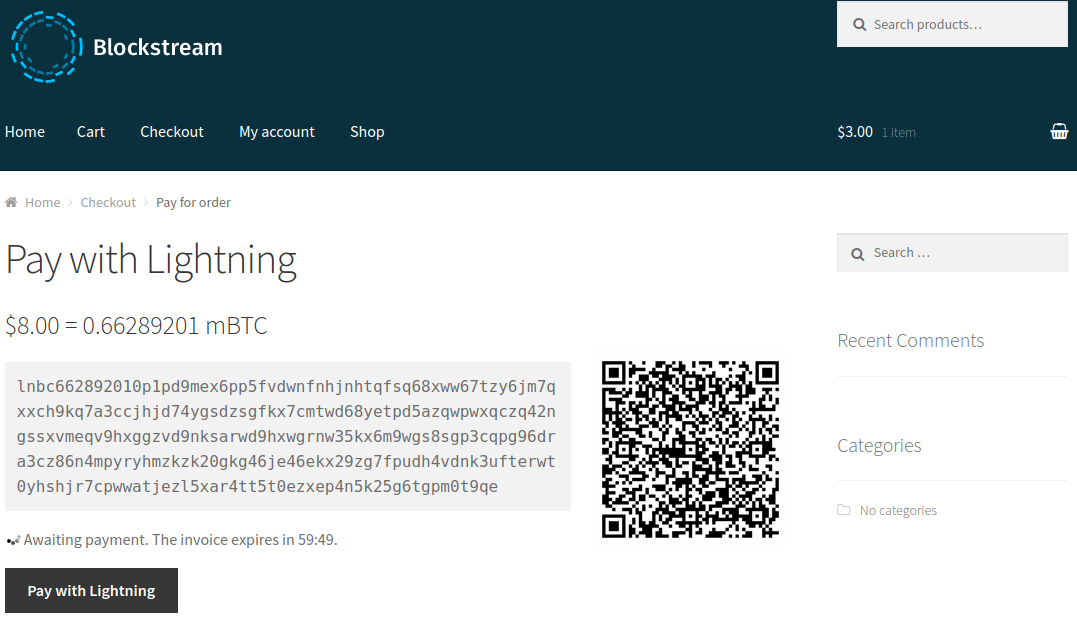 Lightning Charge and the WooCommerce Lightning Gateway are both available as part of the Elements Project: download them to begin work on your own c-lightning projects. We invite you to participate by reporting issues, asking questions, and making contributions through the Lightning Charge repo. You can also join us in discussing these projects on the lightning-dev mailing list or the #lightning-dev IRC channel.