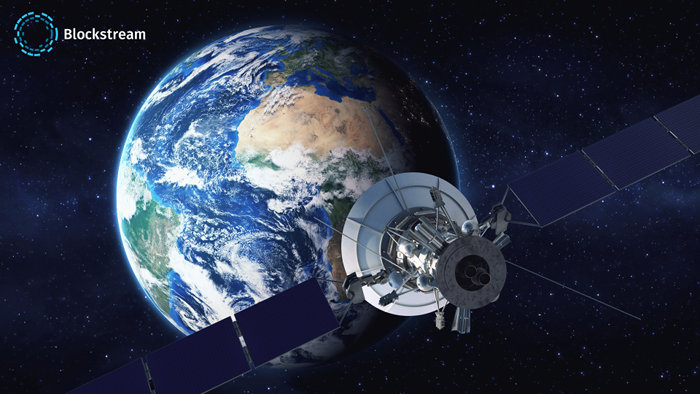 Technology has transformed industry after industry, and now it’s revolutionizing money and how people save and transact with each other.

In less than a decade, Bitcoin has gained impressive adoption and is now at the center of innovation, leading the charge to define the future of money. To accelerate this future, Blockstream is today pleased to announce Blockstream Satellite – one more step in the journey towards everyone on the planet being able to participate in Bitcoin.

Blockstream Satellite is the world’s first service that broadcasts real-time Bitcoin transactions and blocks from a group of satellites in space. With the service, everyone will have free access to the Bitcoin network, in any corner of the world, including the estimated four billion people not currently connected to the Internet, due to lack of availability or affordability.

On launch today, Blockstream Satellite is already available across two thirds of the Earth’s landmass; and will reach global coverage – to everyone on the planet – by end of year. As more people access the Bitcoin blockchain with Blockstream Satellite, we expect to see even more adoption and use cases for Bitcoin as well as a strengthening of the overall robustness of the network.

Since its invention in 2008, Bitcoin has captured the imagination and enthusiasm of innovators, investors, and technologists around the globe; these futurists see the value of a digital currency and payment system that is not controlled by governments, banks, or companies, but instead where each user directly owns their money.

Consider the limitations of traditional financial systems, such as conventional currencies. For centuries, currencies have been issued and managed by governments, and the people using them have had little to no control over how their finances operate. From time to time currencies outright fail, letting down the people who trusted and relied upon them.

Venezuela is one example. Earlier this year, due to Venezuela’s economic collapse, hyperinflation caused its 100 bolivares fuertes note - the country’s highest denomination, once worth $31USD - to become worth a little over one US penny. Today, the volatility of Venezuela’s currency continues.

India also recently suffered a currency catastrophe, when the Indian government suddenly declared that 86% of all cash in circulation could no longer be used in shops and had to be deposited or turned in for new notes. This decision, intended to combat corruption and untaxed wealth, shook the country’s entire economy, slowed spending country-wide, and led to cash shortages, long lines at banks, failed businesses, and other negative outcomes. The Wall Street Journal dubbed India’s efforts a “Demonetization Debacle”.

Currency crises like these are driving more people to Bitcoin, because it offers people more freedom and control over their money in an uncertain world.

Consider other legacy financial systems. Online banking, credit cards, and PayPal have benefits, but they are still controlled by institutions that can put limitations and restrictions on their usage. Bitcoin dissolves those controls, enabling people to pay anyone else securely, without having to sign up for a bank account, get a credit card, or work through or trust centralized intermediaries.

The growing Bitcoin global currency brings new values, a new ideology, and new utility to the world. It is decentralized, powered by the people who use it. It knows no borders, it is not a legal entity, and nobody controls it. With Bitcoin, no one needs permission to transact with another person or company; we simply transact as we see fit. This gives consumers, merchants, and even entire economies more choices.

As the internet has revolutionized communication, commerce, publishing, and other industries, Bitcoin is revolutionizing money and the transfer of value. Built on peer-to-peer technologies, it is inherently digital, free from central control, and permissionless. It will empower and globally connect users, equalizing opportunity and access, and turbo-charge economic ecosystems held back by stalled currencies, and build enduring long-term value.

The transition to the future of finance – one that is decentralized, permissionless, and secure – won’t be quick and easy. But, as with all transformative and revolutionary ideas and technologies, it will be worth it. The Internet was not built in a day.

For Bitcoin to be truly transformative, it must be everywhere, available for everyone to use, and that’s what we’re helping to make possible with Blockstream Satellite’s radically lower cost of Bitcoin network access — a necessary building block and level-up for the mass adoption of Bitcoin.